Get fresh music recommendations delivered to your inbox every Friday.

by The Fizz Fuzz 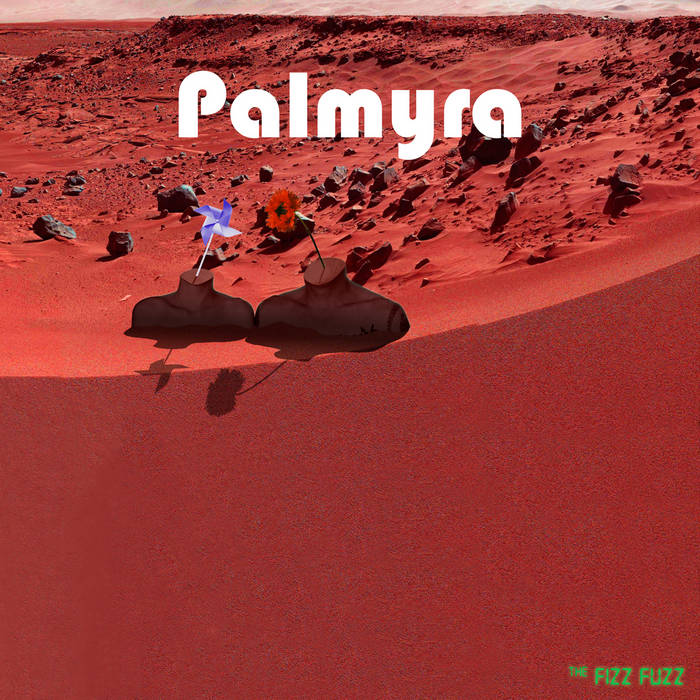 FDJ A throwback to the early days of the stoner scene when fuzz and the sound of a rented/borrowed/stolen generator filled the desert nights Favorite track: Dark Horse II.

The GENERAL of Stoner Rock Army

***** Due to coronavirus pandemic emergency, we are not able to ship the items immediately but there will be delays. We will immediately let you know when shipment will be possible again. You can still place the order, and we obviously thank you in advance for your support. ****


"The roots of The Fizz Fuzz are in the desert in terms of sound, but the collaboration of Dandy Brown and Dawn Brown (née Rich) stems of course from the fact that they’re married. One can hear in the lead single from their debut album, Palmyra, that the two-piece have a musical connection as well as the obvious interpersonal relationship. Dandy Brown is known for his work with John Garcia through various incarnations in Hermano and in the former Kyuss singer’s solo work — the track “Dark Horse II,” which appears on Palmyra, was recorded first by Garcia — but has never shied away from stepping up to the microphone himself, and joined in the endeavor by Dawn, the melodies only become that much richer. Likewise, their two guitars function together to bring a satisfying wash of fuzz to the Slush Fund Recordings/Taxi Driver Records release, lending elements of heavy post-rock to fluid pieces like “Collapse” and the mellower “Shame,” as well as a riffer like “Dear Old” and the penultimate “Loose Lips.”

As regards “Hereby,” it is arguably the most straightforward of the eight tracks on Palmyra, and one could debate how representative it therefore is overall of the larger work. Certainly by the the fizz fuzz palmyratime they get through “Collapse,” “Dark Horse II” and “Shame,” which appear in succession immediately following, the palette has broadened, and as they move toward the acoustic closer “Sunkissed,” The Fizz Fuzz only continue to push into different vibes, whether it’s the unabashed sweetness in the shimmering melody of “Conditional Love” or the more weighted tonal density of “Dear Old.” That said, one can hear Dawn‘s guitar playing off the central riff Dandy brings forth, and the catchiness of the hook is nothing if not a suitable introduction to the record as a whole, however more complex the proceedings might and do ultimately wind up.

The video is kind of a goof, but a fun one. They’re dancing with, of course, the kids as judges while the song plays. Parts of the clip would seem to come from a live performance video of “Hereby” Dandy and Dawn filmed and posted in April of last year. That’s obviously not the album version of the track — no drums, for one thing — but it’s another opportunity to hear how their guitars work together, and though “Hereby” doesn’t bring Dawn‘s vocals in nearly as much as, say, “Conditional Love,” on which she sings lead, there’s still plenty of the fuzz from which the project would seem to take its moniker and the spirit is nothing if not welcoming to the listener. They’re pretty much inviting you into their home. Wipe your feet before you go in, the place looks pretty nice."

Coming together for the first time in the high desert of southern California during the fall of 2017, the FIZZ FUZZ are a blues-rock band formed by Dandy and Dawn Brown.

Dandy Brown is a producer, singer, songwriter and multi-instrumentalist best known for his work with the bands Hermano, Orquesta del Desierto, John Garcia, Alice Tambourine Lover, Yawning Sons, and his solo releases. Dawn Brown is a multi-media artist, guitarist and vocalist widely recognized as a member of the new generation of groundbreaking visual artists in the northern California Bay Area.

Relocating to northern California in the winter of 2017, the Browns immediately began to write a new collection of songs that they debuted during their first European tour in the spring of the following year. Recording and performing throughout 2018 and 2019, the FIZZ FUZZ have a new album that is set for release on Taxi Driver Records (Europe) and Slush Fund Records (worldwide) on March 1, 2020.

Bandcamp Daily  your guide to the world of Bandcamp

Little Brother joins the show to discuss their beautiful journey, plus tunes from Fat Tony